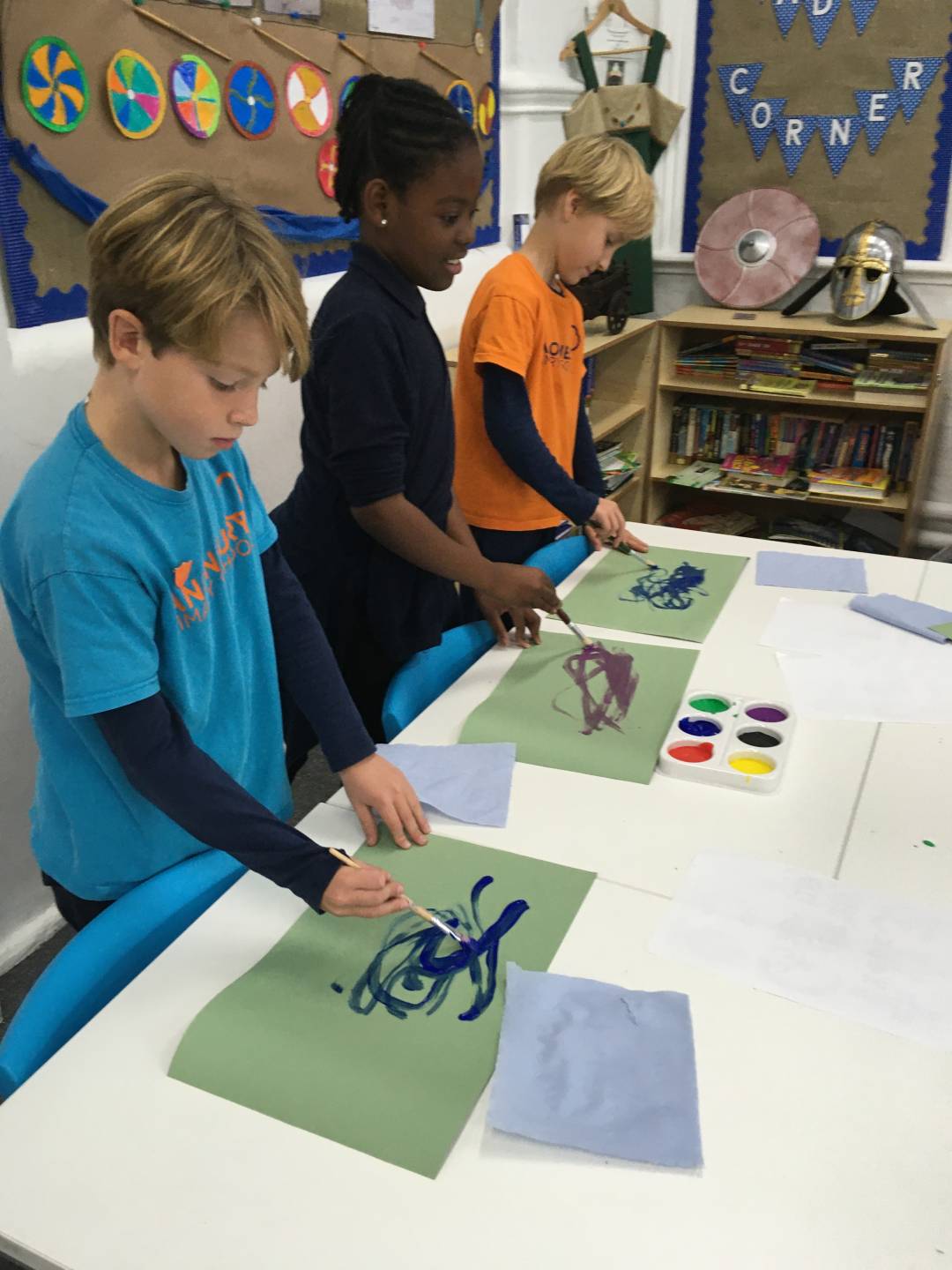 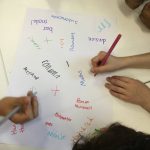 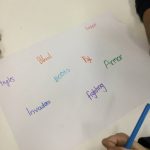 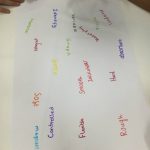 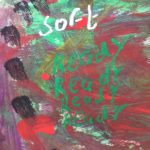 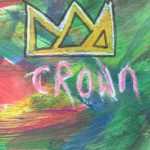 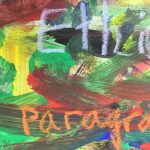 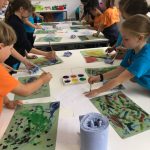 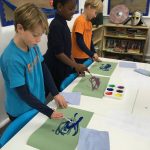 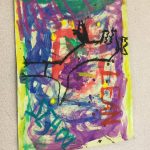 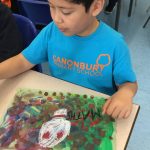 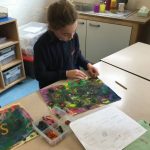 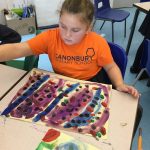 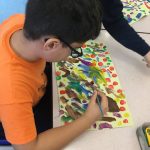 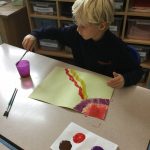 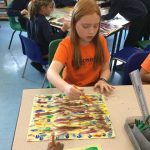 As part of Black History Month year 5 have looked at the influential artist Jean- Michel Basquiat. Jean-Michel Basquiat was born on 22 December 1960, in Brooklyn, New York. His father, Gérard, was born in Port au Prince, Haiti, and his mother Matilde was a New York-native of Puerto Rican descent. In this multicultural home, the artist grew up speaking Spanish, French and English. He was known for his Graffiti style art. Jean – Michel enjoyed listening to Jazz music as he worked and we did the same. Listening to Jazz we created the background for our paintings moving our paintbrushes to the beat of the music. We then thought about words that related to the things we were learning at school as Jean-Michel included word art in his pieces. We added these words using oil pastels.